Today I introduce common ceremonies and receptions in modern Japan. We have many manners and rules for a wedding. I think it’s a bit hassle.  And, nowadays the number of couples who don’t hold wedding ceremonies has increased in Japan.

What are common wedding ceremonies and receptions in Japan like?

A bride and groom can choose Western or Japanese ceremony style. It is common to be held in a church or a shrine. These “church” or “shrine” are not often real ones, Japanese people often do wedding ceremonies in chapels or shrines, which are built inside wedding halls. (Of course, sometimes done with a real church or a shrine.) The bride and groom wear a dress and a tuxedo or kimonos. Wedding clothes are so expensive that they often rent. They exchange rings with each other in a ceremony. Relatives (and friends) usually attend the ceremony. 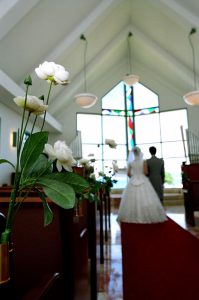 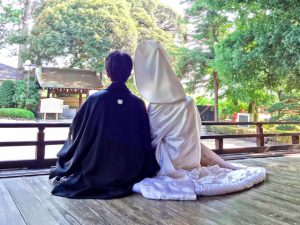 What is the content of the wedding reception in Japan?

After the ceremony ends, a wedding reception starts. It is done in a banquet hall. The seated style is common, and the bride and groom sit in a sweetheart table. Course dishes are offered to guests, various events such as cake cutting, introductions of the bride and groom’s birth, speech of the guest of honor (generally the groom’s boss) and performances by friends are held. The bride changes her dress once in the middle of the reception generally. These contents are all determined by the couple with their wedding planner. 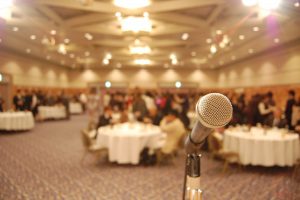 Who is invited to a wedding reception in Japan?

It is common to invite relatives, bosses and colleagues, and friends. Recently more people are doing it only by their families.

What do the guests do for a wedding reception in Japan?

Usually, female Guests wear kimonos or dresses, and male guests wear formal suits. They bring a money gift called “goshugi”. The approximate amount is determined by the relationship with the bride and groom. (In some areas, the wedding is held by membership fee system.) Some guests are asked to be a receptionist or do performances etc by the bride and groom.
Especially women in their late twenties are often invited to a wedding reception. They buy or borrow a party dress and wear it, set their hairs, bring “goshugi(ご祝儀)” , then attend the reception. It is a little terrible to cost much money such as goshugi, dress, hair set…(^^;

Goshugi(ご祝儀) is a gift of money in a special envelope.

These are goshugi envelopes! They are special ones for a wedding. 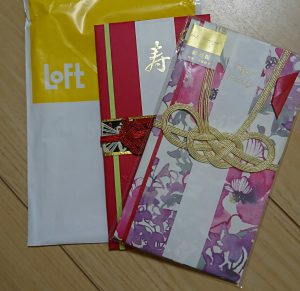 The general price of goshugi for a friend’s wedding is 30000 yen. I think it’s expensive. My friend who has many friends often said “I was invited to wedding parties every week this month! I had no money!!” That’s “goshugi bimbo(ご祝儀貧乏)”! = becoming poor by presenting many friends goshugi. lol

In Japan wedding attendees give bride and groom goshugi, then the couple provides their guests cuisine and gives “hikidemono(引き出物)“(=a gift) in return or as a souvenir to them. 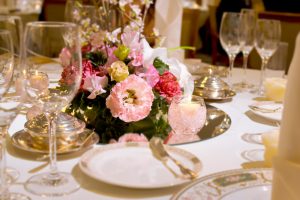 Sometimes an after-party is also held by friends after the wedding reception. (More parties are continued depending on the situation.)

How much is a wedding in Japan?

The cost of a wedding ceremony and reception for the bride and groom is huge. The total cost of the national average is about 3.6 million yen (from 『Zexy』, the Japanese popular wedding website). It is a big problem for many couples.

Young people not making weddings are increasing rapidly in Japan.

The number of married young couples who don’t have a wedding ceremony is increasing recently. I heard that nearly half of the couple have not held their wedding ceremony. Many young people may be thinking the Japanese wedding style is not suited for themselves because a wedding is very expensive and its preparation is very tough. Some couples don’t like the ceremonial event for the introduction of themselves, some couples want to use the money for other things. The Japanese wedding is very formal, so some couples may want to hold a casual wedding.

As I held the wedding ceremony and reception a few years ago, I talk about my experience of the wedding in these posts.

I am satisfied with my wedding. It was good to have held the wedding ceremony and reception. Of course, wedding expenses were very expensive and the preparation was very tough, but the wedding is my best memory.

My wedding stories are bellow.