Only if you put on the VR goggles and use the dedicated machine, you can have extraordinary and exciting experiences. Although there are many activities in this facility, whose Japanese famous games and animes are popular. I saw some people from different countries! They looked very excited! 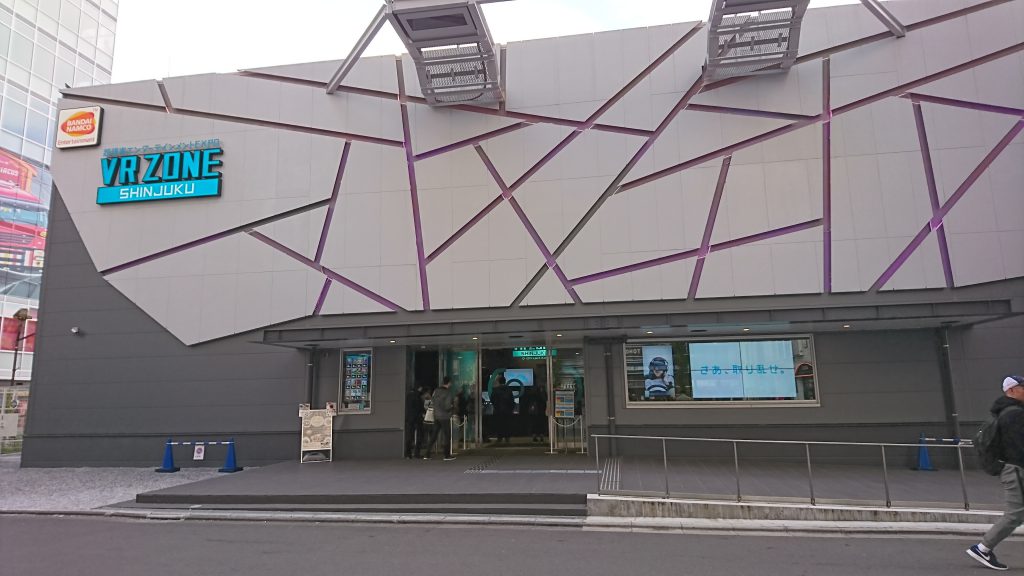 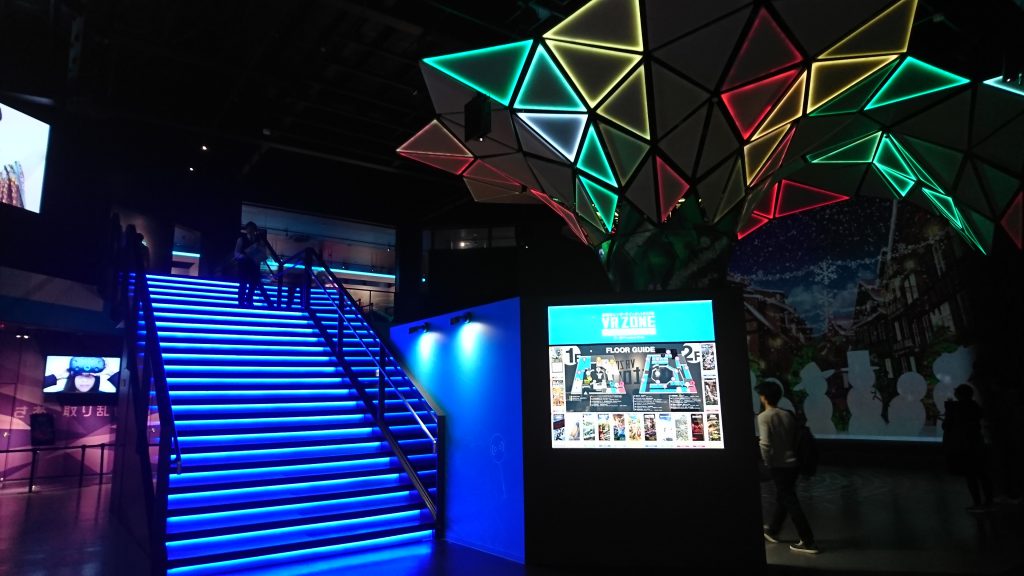 MARIO KART is a Japanese famous race TV game. You can dive into  MARIO KART world in this attraction. You can become MARIO’s characters! You step on the accelerator, turn the steering wheel, and participate in the race. If You extend your arm, you can get familiar items such as the green shell or the hammer.
I was not able to drive well my kart, but I enjoyed it with friends!

②Evangelion VR: The Throne of Souls

Evangelion is Japanese famous robot anime. Main characters ride on Evangelion(a robot) as a pilot and fight the enemies called “Shito”.
You can become an EVA pilot in this attraction. I was moved by the scene of boarding EVA and taking off. I felt it so real! The game was difficult for me and so I lost the fight. But I was satisfied. 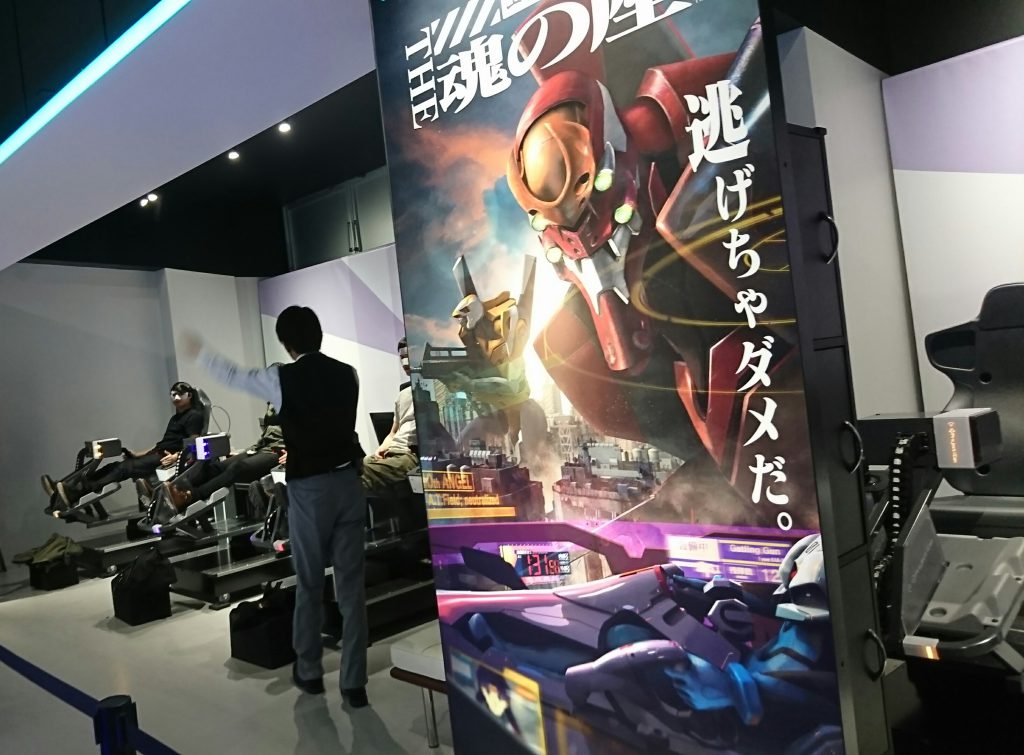 You can ski down the sharp slopes of the snowy mountain at high speed. You need to move your legs just like when you are actually skiing.
I felt the course so real! It was very steep… I failed to turn the course and ran into the rock or fell off the cliff many times. I challenged the game many times, but could not reach the goal. My friends, too… 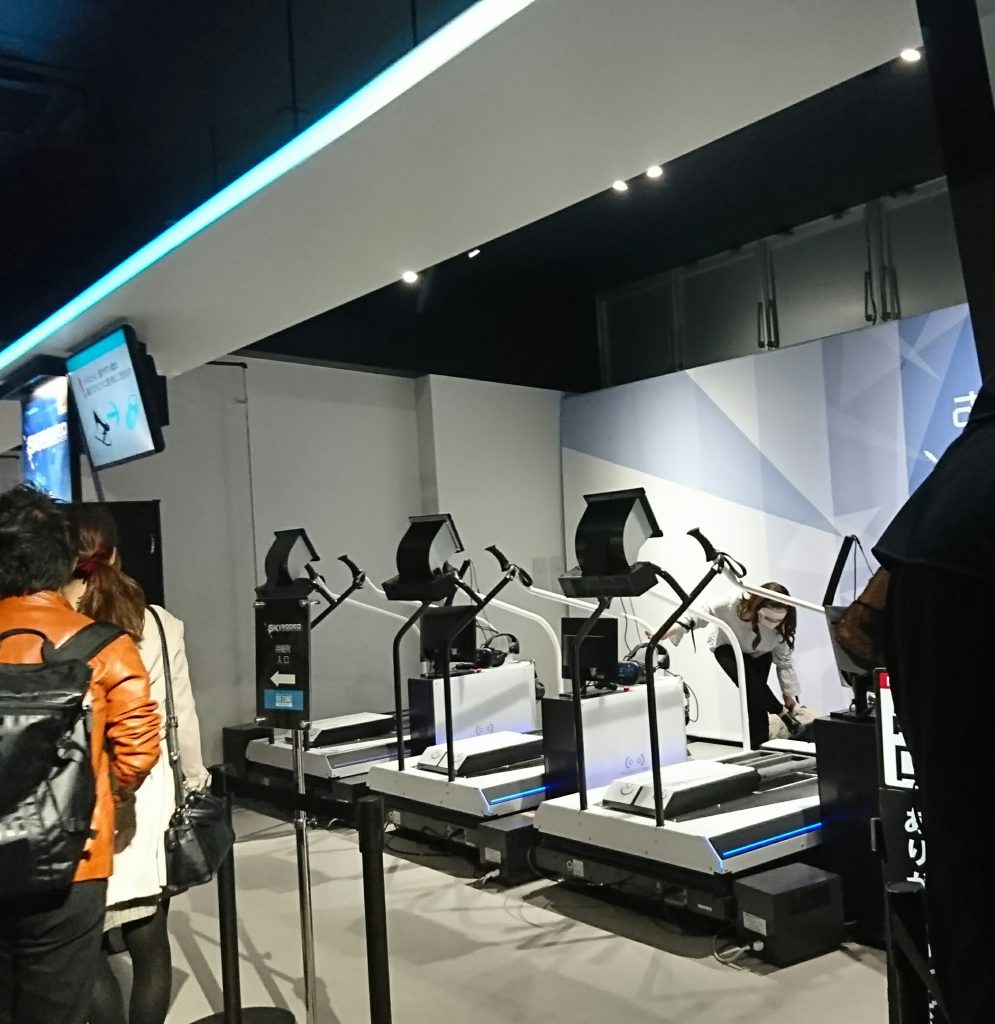 Mobile Suit Gundam is a Japanese famous robot anime. It is about a space war. Main characters ride on mobile suits like Gundam(a robot) and fight in the space.”Senjō no Kizuna”(means bonds of the battlefield) is an arcade game of this anime. You can experience the prototype VR version in this attraction.
The player chooses one team: Earth Federation Space Force or The Armed Forces of Principality of Zeon. The number of team members is at most 4. Players are divided into 2 groups and fight.
It was very fun because I felt like I’m really fighting in outer space!
Thanks to the leader, who has experienced the arcade game, my team won the game. (The other members except him could not operate the machine and could not help him..lol)

※Sorry, this attraction is closed as of October 2018.

As a whole impression, each game is of high quality. There are many other activities: “Hanechari “(Winged Bicycle), Dragon Ball VR: “Master the Kamehameha”, Immersive Horror Room: “Hospital Escape Terror” and so on. Activities often change, so you can also experience a new attraction. You can jump into the unreal world. 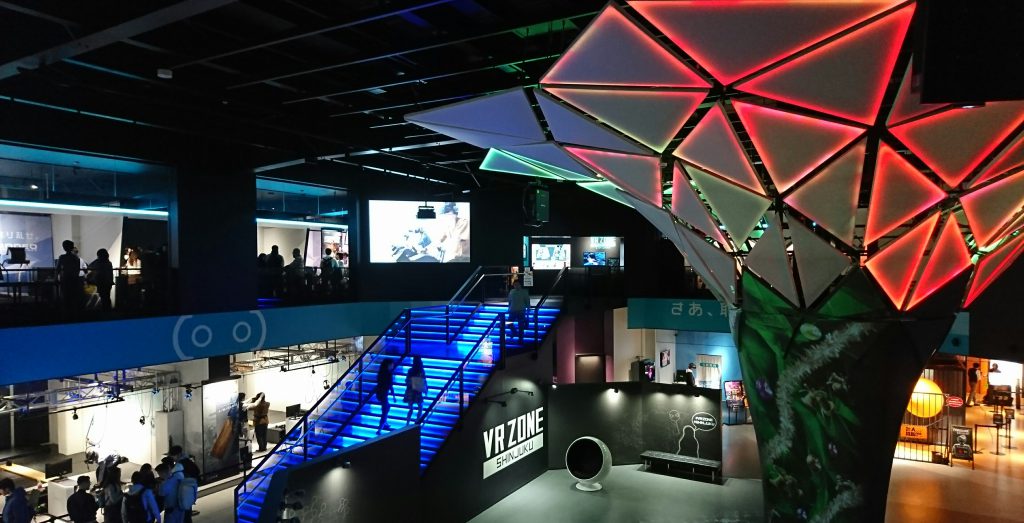 You can play VR ZONE outside of Japan as well!

NAMCO BANDAI AMUSEMENT runs this amusement park. It is developing “VR ZONE Portal” in 19 domestic stores and 3 overseas (UK and US) as of October 2018. You can experience Japanese VR games in the UK and the US! It will also open a new store in Manila Philippines. The tweets of VR ZONE Portal UK and the US are below.

Tear up the racecourse and beat your friends to the finish line this weekend at VR ZONE Portal London @TheO2#MarioKartVR This time YOU are in the driver's seat…#VRZONEPortal #virtualreality #bandainamco #nintendo #mariokart #racing #gamer #multiplayer pic.twitter.com/hb6f7weodK

Washington D.C.'s Union Station will be the first U.S. location to debut the games you've been waiting for. Starting October 1, Argyle Shift, Mario Kart VR, and Ski Rodeo will be playable at the historic site. pic.twitter.com/cjFjCdroT7

By the way, Shinjuku, where this amusement is located, is one of the biggest cities in Japan. There are many shops, restaurants, bars, and hotels. You can go shopping,  eat and drink. Shinjuku is one of the most famous sightseeing spots in Japan. If you visit Tokyo, please enjoy Shinjuku(*^^*) 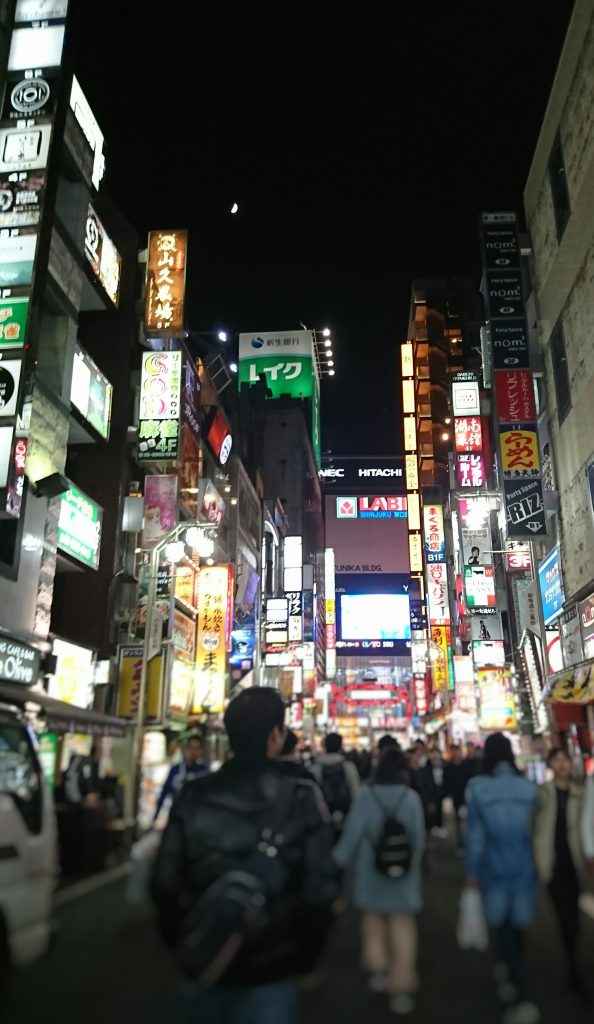